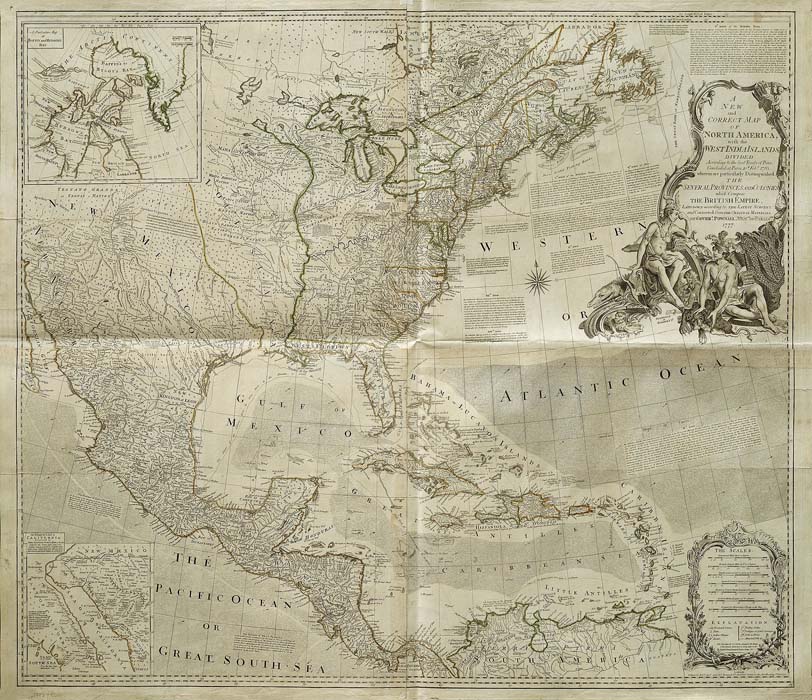 Pownall: North America
Move your mouse over image or click to enlarge

Title: "A new and correct Map of North-America with the West India Islands divided according to the last Treaty of Peace…”

Large map of North America with a beautifully decorated title cartouche, at the upper left a small inset map of Canada depicting the Baffin and Hudson Bays and at the bottom left another inset map with the passage by land to California discoverd by Father Kino, a Jesuit, between 1698 and 1701.

The first edition of this map was published by Bowen & Gibson 1755, this copy was published in Thomas Jefferys' „The American Atlas, A Geographical Description of the whole Continent of America.“ 1777.