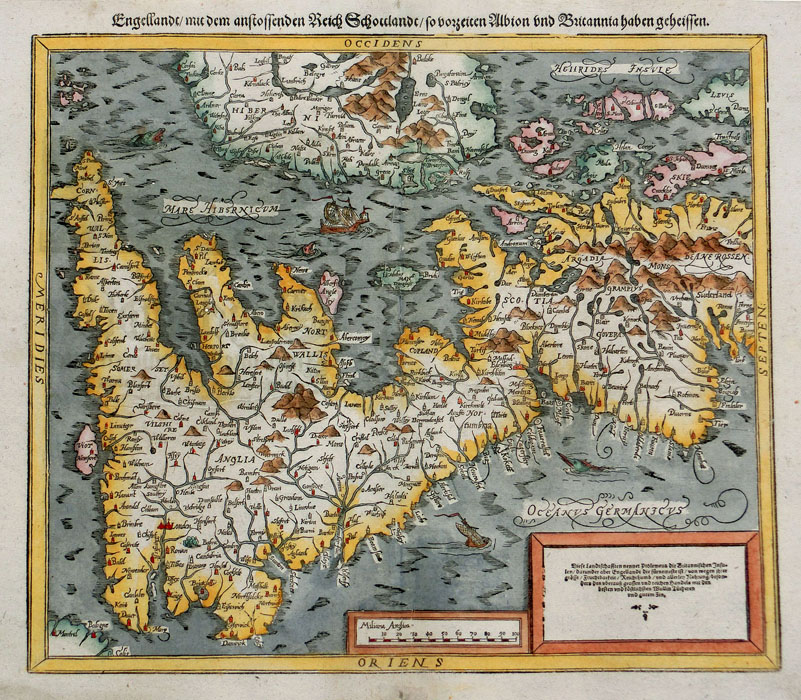 Decorative couloured wood cut map, depicts England with Scotland and parts of Ireland, with elaborate information of the, rivers, mountains and cities. At the bottom right a title cartouche with mile indicator.