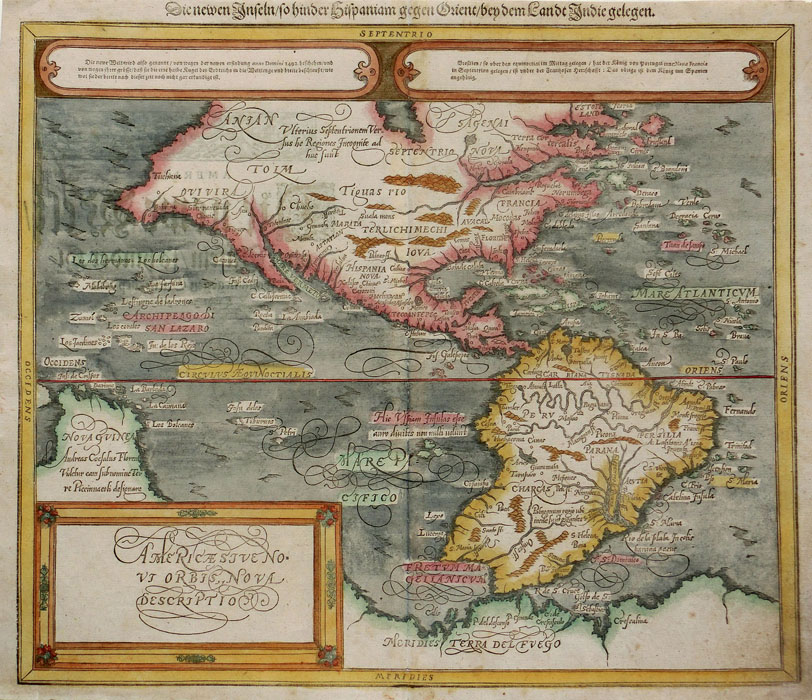 Münster: America
Move your mouse over image or click to enlarge

Beautiful 1588 edition of Sebastian Münster´s map of America depicting all of North and South America. This map is a major revision of Sebastian Münster's original map of America from 1540 and is based almost entirely on the map of the same region by Abraham Ortelius from 1570. The map has many of the false suppositions common to the period like the huge size of New Guinea, Tierra del Fuego remains connected to the mysterious southern continent, etc.