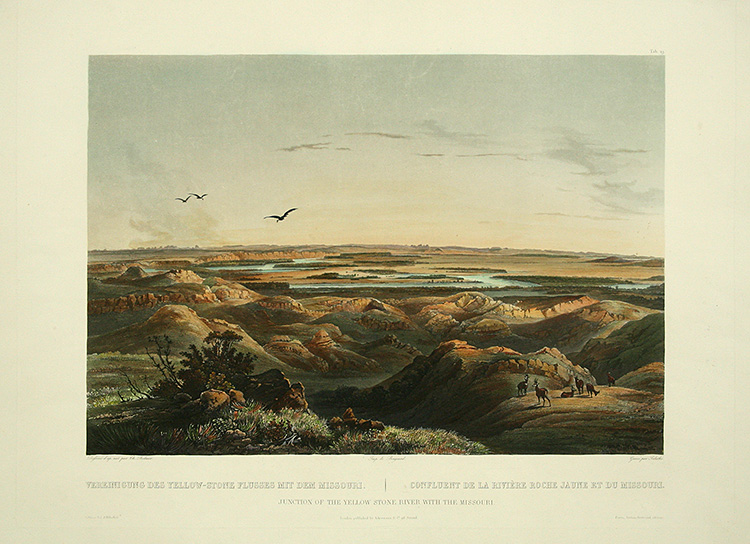 Karl Bodmer - Junction of the Yellowstone River with the Missouri.

Picturesque landscape view of the area were the Yellowstone and Missouri rivers meet, the region of the Great Plains of North Dakota and Montana/USA.

Maximilian and Bodmer first arrived at the convergence of the Yellowstone and Missouri Rivers June 24, 1833. They stayed nearby at Fort Union for nearly two weeks and Bodmer made several sketches of the surrounding area.

The watercolour for Tableau 29 he completed in Europe. It depicts the uppermost point of steamer traffic in the Missouri during Bodmer's time: Goods destined beyond were transported by keelboat or overland by pack train.

Handcoloured aquatint and etching by Frédéric Salathé (1793-1858) after a watercolour painting by Karl Bodmer (Joslyn's collection KBA 195), from Prince Maximilian's “Travels in the Interior of North America, 1832-1834”.