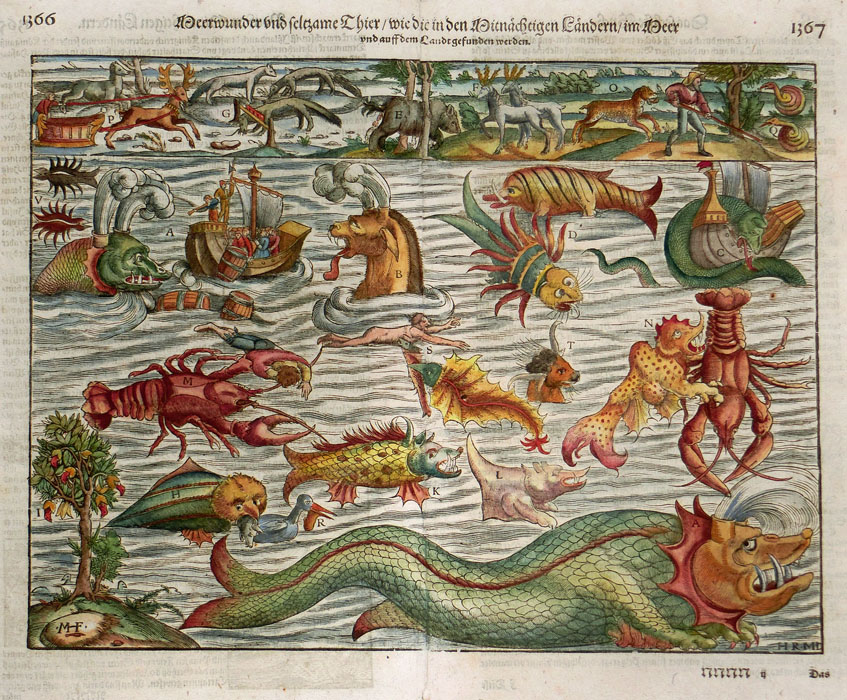 Münster: Meerwunder und Seemonster
Move your mouse over image or click to enlarge

A very decorative depiction of various fantastic sea creatures and monsters. Sebastian Münster designed this wood cut after a design by Oglaus Magnus from „Carta Marina“, verso - text in German.