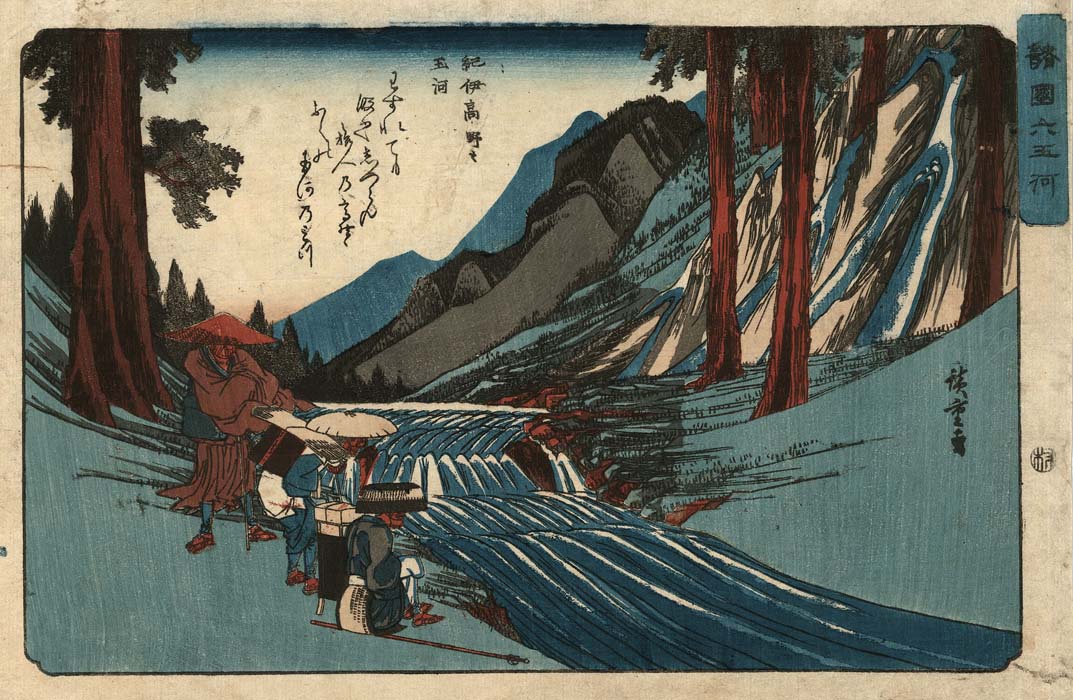 Hiroshige: Three resting pilgrims
Move your mouse over image or click to enlarge

Three pilgrims, including a priest and a wandering monk, resting on the banks of a torrent in the mountains near Kôya-san, the famous temple district. With a waka poem about the dangerous waters of this river, by the monk Kôbô Daishi (Kûkai, 774-835), founder of the Buddhist Shingon sect.

The first edition was published by Tsutaya Jûzaburô (Kôshodô) in 1835/36; here a somewhat later edition without publisher's mark, as it is often the case with this very appealing small series.
Cf. Basil Stewart, Subjects Portrayed in Japanese Colour-Prints, London 1922, p. 151ff; Tamba Tsuneo, The Art of Hiroshige, Tokyo 1965, Nos. 305 and 306.
Comparable copies (without publisher’s seal): MAK Vienna, no. KI 10930 (with a transcription of the poem); Minneapolis Institute of Art, No. P.75.51.348 (colour variant)