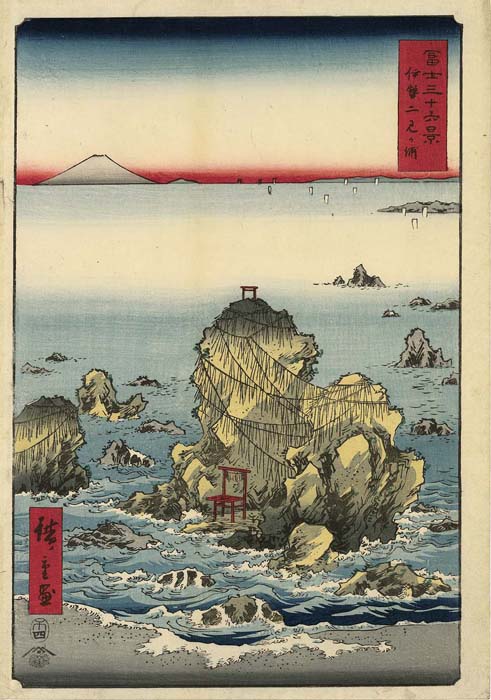 Hiroshige: Futami bay
Move your mouse over image or click to enlarge

The formation of rocks in the Futami bay is called Meoto-Iwa (married couple rocks). In the Shinto mythology the formation symbolizes the liaison of the Kami Izanami and Izanagi and is generally seen as a symbol for marriage. The bigger rock is said to be “male” and on it´s top is a small red Torii. In the background a view of Mt. Fuji with sailing boats.